The ascomycete H. fraxineus (an airborne fungus) has spread across most of the host range of European ash with a high level of mortality, causing important economic, cultural and environmental effects. We used a novel method combining a Monte-Carlo approach with a generalised additive model (GAM) to confirm the importance of meteorology to the magnitude and timing of H. fraxineus spore emissions. Our Monte-Carlo approach, which consists of 1000 random selections of data (i.e., observations for the years 2010-2011) used to train the GAMs, enabled the variability in model selection to be quantified. A small proportion of the 2010-2011 dataset was kept out of the fitting process in order to provide a validation dataset. This method also allowed an assessment of the relative degree to which the different models over- or under-fitted the data (for example, see plot below): 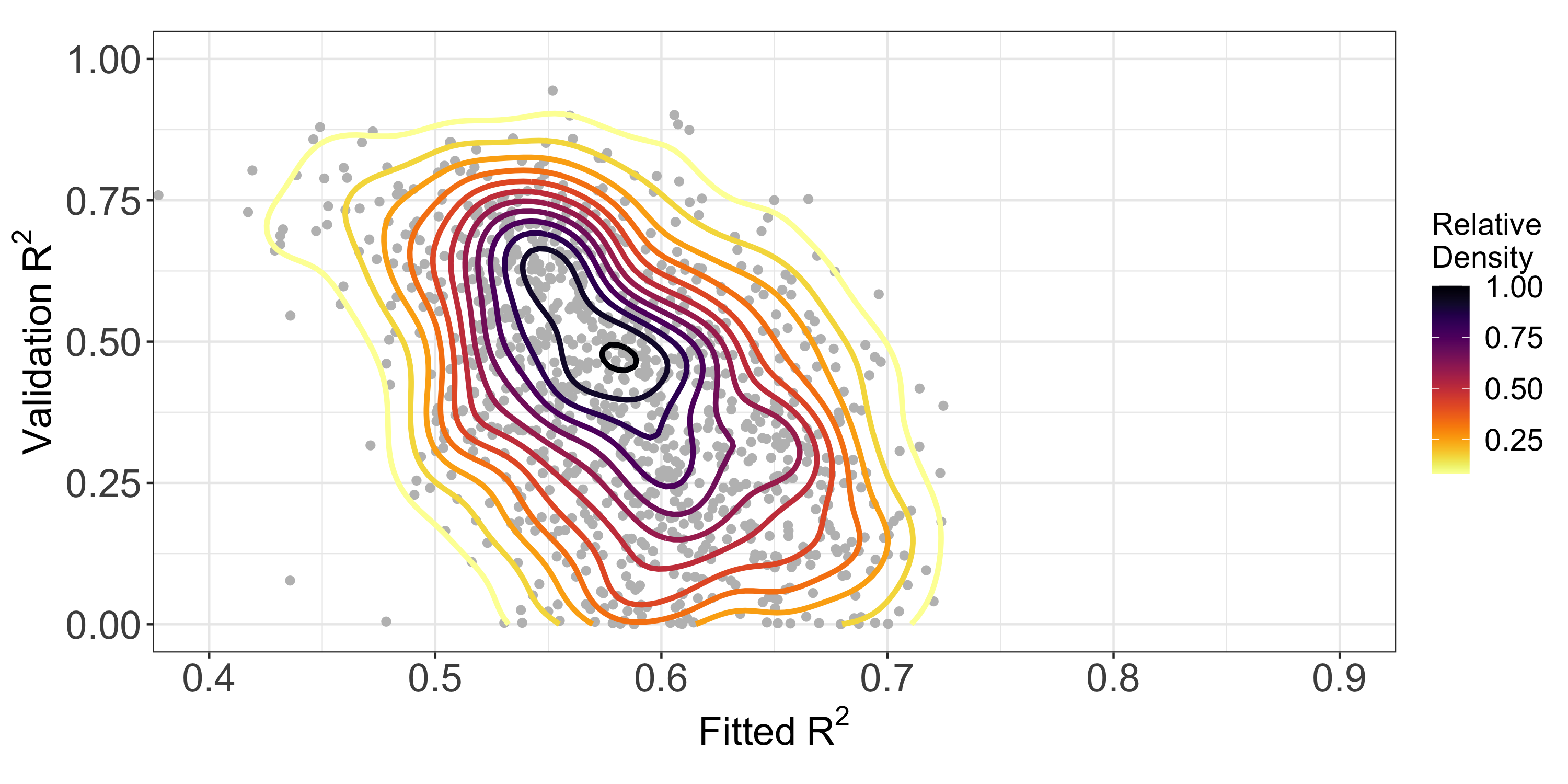 The most common model was found from the 1000 model fits, in order to make predictions of spore emissions, using the validation dataset, as exemplified in the plot below. Green and blue colours mark the 2010 and 2011 datasets, respectively. Circles are observations and vertical lines are the predicted 95% confidence intervals. The model is shown to capture the 2010-2011 seasonal variations well, with an R-squared value close to 50%, high given the small dataset available, and confirming the importance of meteorology for the spore emissions. 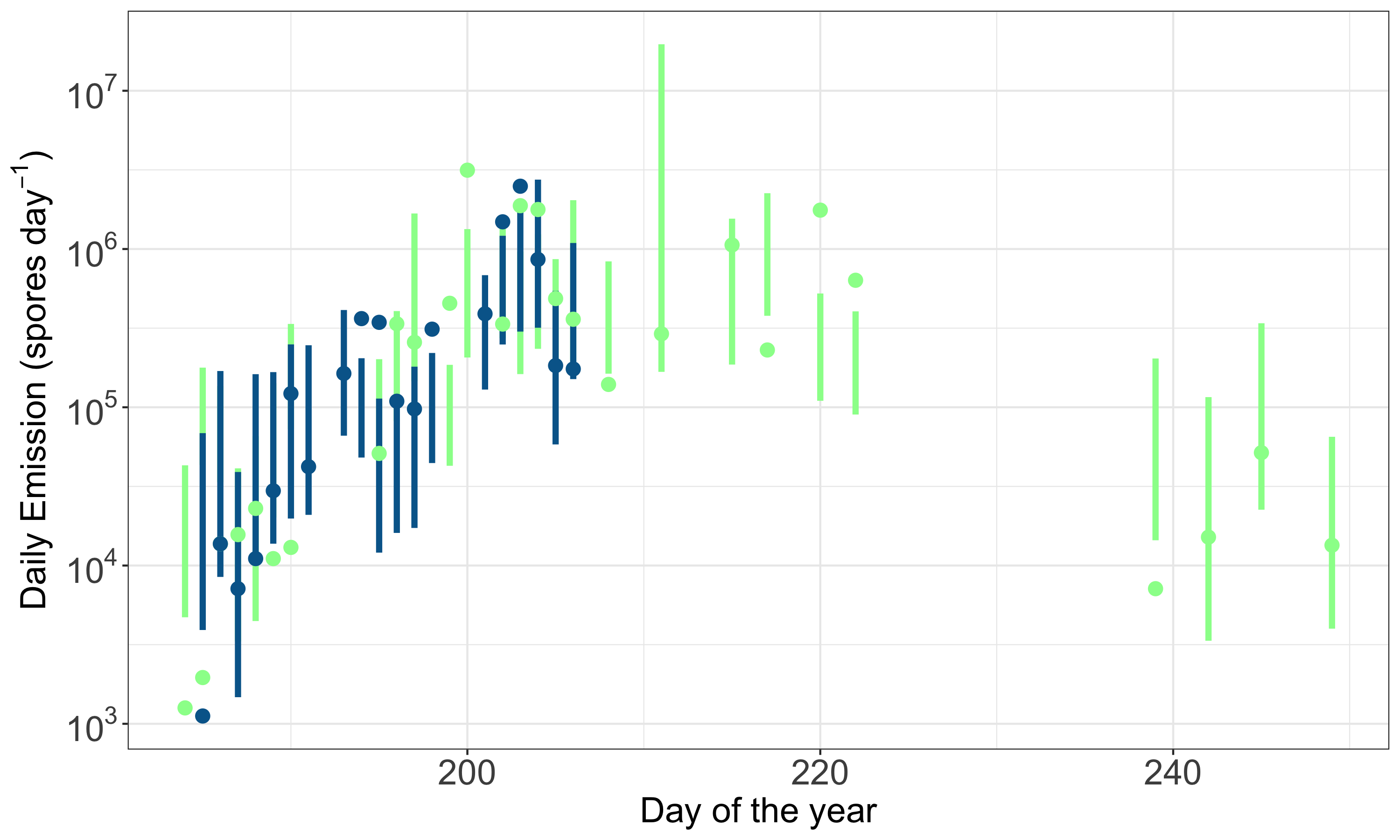 The most common model was also tested against a fully independent dataset, for spore observations in 2009. This revealed that although meteorology is key for the spore emissions, there are likely other phenological factors that must be accounted for to improve the predictions.